BEHIND EVERY CLOUD (After Heilmann), 2021 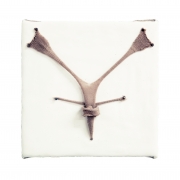 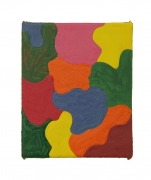 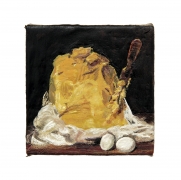 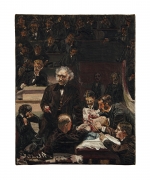 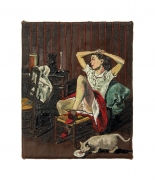 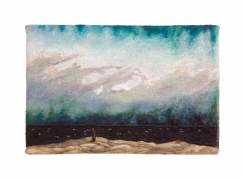 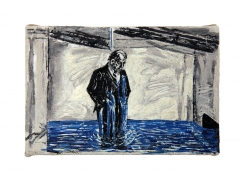 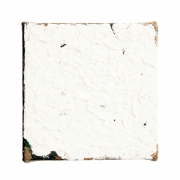 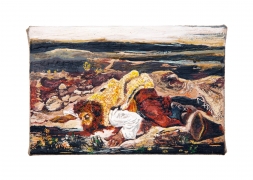 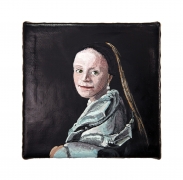 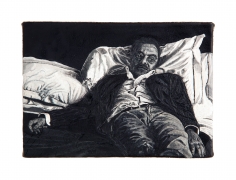 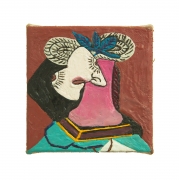 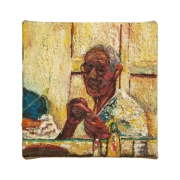 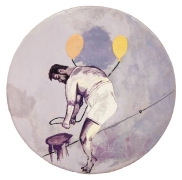 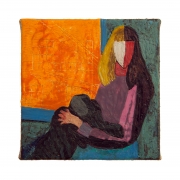 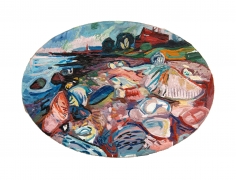 Chambliss Giobbi utilizes the nature of time and simultaneity as a central theme in his fractured, stop-frame collaged images as well as his mutated sculptural Möbius Strips that perpetually return to their origin. Since 2019, he has been engaged in a long-term project of recreating iconic paintings from the 16th century to contemporary. These paintings are in extreme miniature and are painted with melted Crayola crayons.

He has participated in numerous fairs and was featured in VOLTA NY in 2010. Cham’s solo sculptural project, Arcadia, was presented in three rooms at the Spring Break Art Show in 2018. Another solo project of a melted Crayola Crayon piece curated by Danielle Sweet, A Room With A View, was presented at the Spring Break Art Show in 2020. His solo exhibitions have included catalogues with essays by Mimi Thompson, John Massier, Walter Robinson, Dick Goody, and Christian Viveros-Faunè. He graduated with a BFA in classical music composition and theory from Boston University in 1986 and received NYFA, NEA, and Guggenheim Fellowships. He turned exclusively to visual art in 1999. 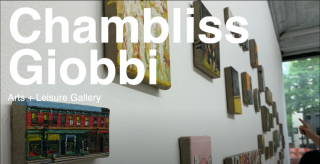 The Confidence of Small The Two Percent
June 8, 2021 View More