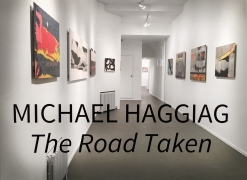 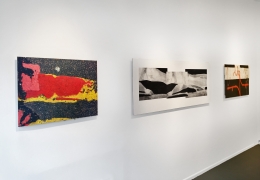 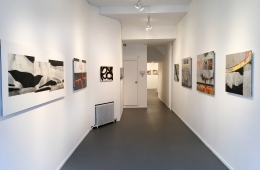 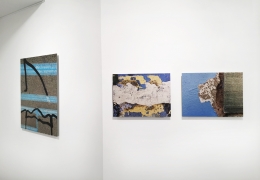 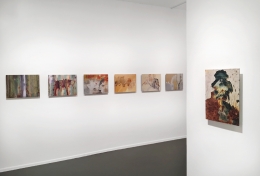 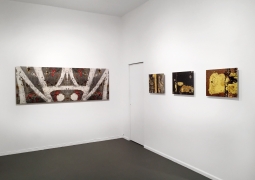 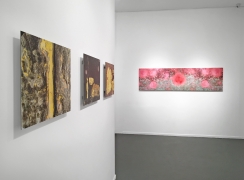 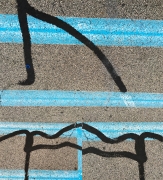 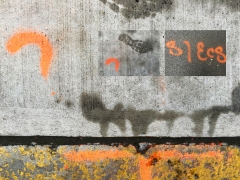 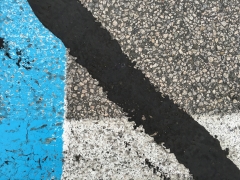 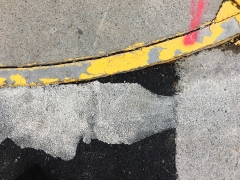 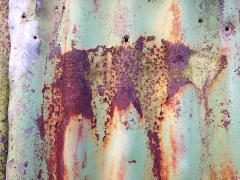 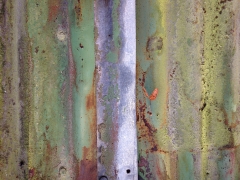 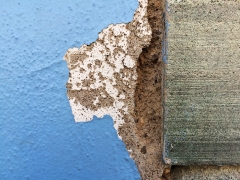 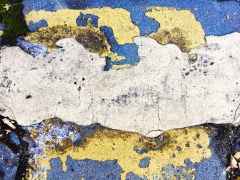 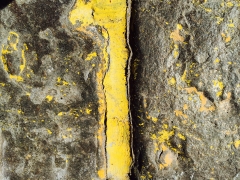 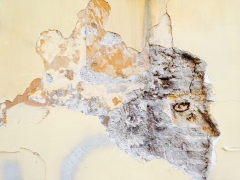 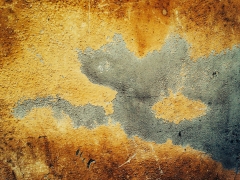 The fragments of urban life that form the raw materials of Haggiag's work are simultaneously unplaceable and intensely specific; comprising of street markings, paint flakes, and battered walls, they are deeply familiar to any city dweller while remaining divorced from any specific geographic location. Haggiag emphasizes the overlooked remnants of the metropolis, particularly those that reflect decay and the passage of time. A wall's chipped paint reveals countless layers of prior existence, and his snapshots of oxidation and disintegration transpose an organic quality onto the urban industrial fabric. Subtle human traces appear in some of the photos, though the individual is disembodied, present only through their markings - a stray footprint or a scrawl of graﬀiti.

Haggiag's method is informed by Zen Buddhism, and in many ways his use of the camera parallels the practice of meditation. His photography displays a supreme mindfulness of his surroundings, a willingness to engage and plumb for aesthetic interest any object, no matter how mundane. It is perhaps this attitude that lends his work its particular blend of spontaneity and compositional tact, and the viewer senses a sort of reflected sensory experience, as if they themselves are channeling the artist's perception and subsequent processing of the original subject. In the words of Bruce Ginsberg, Haggiag's “surfaces are framed absorption moments that leave our senses dancing within their natural rhythms. We sense that it is the same experience his own absorption brought him on encountering the surface or object before him."

This origin in everyday reality and its perception provides the touchstone for each of Haggiag's images, which is then refracted into what he asserts is a thoroughly abstract image. While the traces of reality remain evident, they are transformed into something wholly diﬀerent; the vivid yellow of a lane division, set against roughly textured pavement takes on an almost painterly character, while a scuﬀ on a wall reveals a splay of myriad colors. Several of the close-ups evoke other subjects, with the form and pattern of crumbling walls recalling the human profile, highlighting the suggestive power of Haggiag's source material, as well as the palpable tension between abstraction and and familiarity, art and life. This tension animates his work, providing the viewer with multiple perspectives and degrees of engagement.

Michael Haggiag is an American photographer who was raised in Europe and spent most of his working life in the UK, first as a publisher and later as a television and film producer. As the editorial director of the London-based publisher Aurum Press from 1977-1989, he specialized in art and photography and published many of the iconic photographers of the period including Frank Horvat, David Bailey, Helmut Newton and Elliot Porter. His recent solo exhibitions include CLOSE ENCOUNTERS at Galleria Ca'D'Oro, NYC (2016), CLOSE UP I at Il Frantoio, Capalbio (2015), and CLOSE UP II at M.O.C.A Studio, Rome (2015), as well as participation in several group exhibitions.

Please join us for the opening reception with the artist on Saturday, November 18th, from 7 to 9:30pm. A full-color, limited edition catalogue with essays by Anthony Haden-Guest, Scott Indrisek, and Nick Lawrence will accompany the exhibition. For more information, contact anna@freightandvolume.com or nick@freightandvolume.com, or call 212.691.7700.