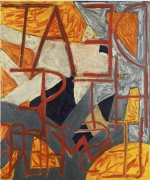 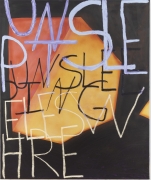 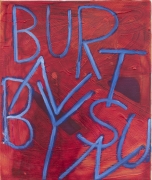 Freight + Volume is excited to announce Unstung, an exhibition of new paintings by Samuel Jablon. This show marks the artist’s third solo exhibition with the gallery, as well as a shift from the glass, mirror, and tile ornamentation that characterized his earlier work to a focus on paint itself as a material.

As if they were fragments of a lost text, the paintings of Unstung act as a single poem whose careening elements create an engagingly paradoxical climate. In all of these works a sense of foreboding and destruction is balanced, equally, with an optimistic resolve. Jablon's colors work to anchor his written elements—an amalgam of advertising slogans, fragments from overheard conversations, and phrases that linger in the artist’s mind. Ranging from public to personal and conversational in tone, the snatches of text juxtapose individuality and inner thought with group language, creating an impression that is both enigmatic and utterly descriptive of contemporary life.

A sense of almost whimsical optimism underscores the work, demonstrated in the paintings Death is Elsewhere, Eat Disasters, and Oaths Against Dying. Seeming to suggest that one can alter one’s circumstances (or at least one’s experience of them) through language and expression, these works propose a way of coping with an increasingly disturbing age and asserting one’s own autonomy.  The notion of creative expression reverberates throughout Unstung, with the interlocking relationship between the text and Jablon’s rendering of it in paint forming a central node. When presented with text and an accompanying image, the viewer will inevitably draw connections. Describing his compositions as “anarchic networks of multi-hued brushstrokes”, Jablon invites these associations, though they remain elusive and seldom resolve into clear conclusions.

Rather than constructing binary relationships between visual and linguistic elements, Jablon synthesizes the two into a sort of hybrid voice. Words slip into a nether-space between letters and pure form, and the texture of each painting is infused with a euphoric and frenzied energy. Surfaces are built up with layers of oil and acrylic that sweep, stall, fall, and collide. Words are layered, written backwards, or broken apart. Every work obscures language to some degree, so that the content of a painting must be gradually deciphered rather than instantaneously read, questioning whether the viewer is reading an image or looking at language. Though traces of a common thread appear, such as the geometric shapes that take on almost alchemical import in Trouble, Unstung, and Unslept, Unsleeping Elsewhere, Jablon’s work defies structure, instead functioning at the junctions of deconstructed form and language.

A catalogue will accompany the exhibition with essays by Justine Ludwig, Barry Schwabsky, and Christopher Stackhouse.

Samuel Jablon is an artist and poet who explores the discursivity and visuality of art and poetry, as well as the interconnection and possibilities of these two forms. He has been exhibited at the Museum of Modern Art, The Queens Museum, Hauser & Wirth, Storefront for Art and Architecture, The Kitchen, Artists Space, with solo exhibitions at Freight + Volume, Arts + Leisure, and Diane Rosenstein. His work has been reviewed in The Wall Street Journal, Art in America, ARTnews, The Brooklyn Rail, BOMB, Interview Magazine, and others. 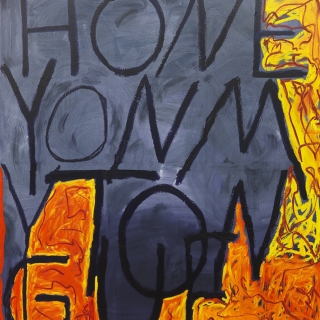 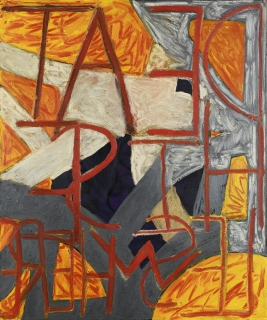 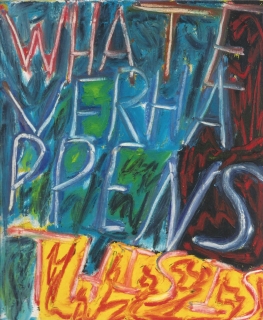 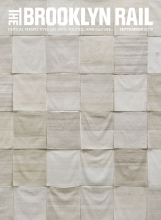