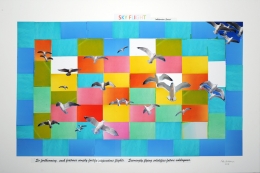 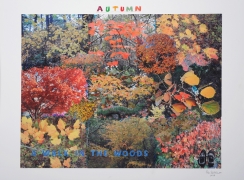 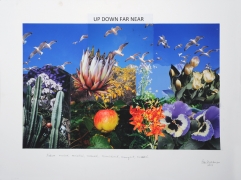 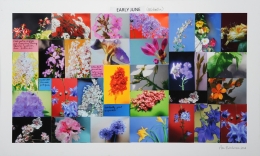 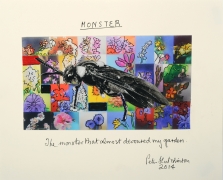 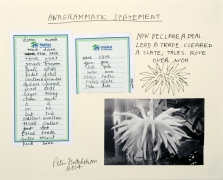 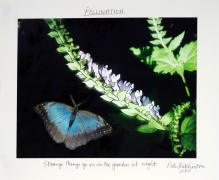 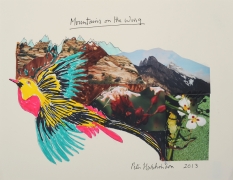 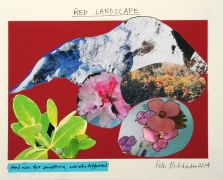 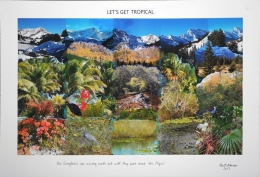 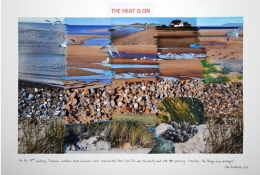 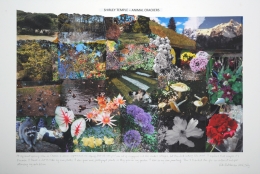 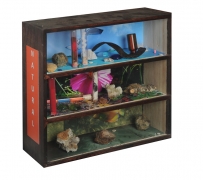 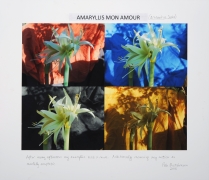 Freight+Volume is pleased to present THE LANGUAGE OF NATURE, an exhibition of new collages and constructions by Peter Hutchinson, the artist’s fourth solo show with the gallery.

Hutchinson’s fresh and imaginative photo collages utilize found images that weave a lively and engaging story by incorporating a love of travel with his long-standing ecological philosophy. The results mark the passage of time in nature through manipulation combined with excerpts from reality.

Along with his earthwork contemporaries Oppenheim, Smithson, Heizer, and Goldsworthy, Hutchinson helped move the focus of the art world from high-strung minimalism to stimulating conceptualism. What distinguishes Hutchinson from his peers is that, rather than focusing on grand intervention, he instead engaged with the complications inherent in simple mathematical structures as they moved away from the flat canvas and into the sculptural. He also rejected many of the conceptualist practices soon to be popularized by his peers, and, true to his British roots, chose a more romantic, overtly poetic, and nature-oriented path, as evidenced by his work concerning the humor of the natural world and landscape’s orientation.

In Apocalypse Then, a collage of flames and melting glaciers create a speculative vision of calamity. “The earth will end in either fire or ice, or maybe both, but anyway it could be beautiful,” Hutchinson writes underneath the image. The inscription’s equanimity causes the viewer to wonder whether the pilot of the red-and-white helicopter is taking off from a melting ice floe to save his life, or landing to take a closer look before sinking into the sea. When considered in light of Hutchinson’s The Iceberg Project Series (1969), the probable answer seems the latter. In this early work, Hutchinson imagined attaching tubes of mold to a glacier that would melt as it followed natural currents toward Nova Scotia. When the glacier reached the place where the Titanic sank, it would completely dissolve, allowing the tubes of mold to float down to the wreckage.

Although the concept behind The Iceberg Project Series reads like the hypothesis of a delightfully askance science experiment, the critic Peter Frank makes a distinction between Hutchinson’s process and the scientific process in his introduction for The Logic of Mountains, (the catalogue for Hutchinson's previous retrospective at Freight+Volume). He writes, “Hutchinson’s investigation of the world does not encompass a scientist’s analytical distance...Hutchinson’s oblique accounts and droll manipulations of visual documentation (found and otherwise) gently pull his audience into a realm of fantasy, or at least conjecture. He presents the world not as he finds it, but if anything, as he leaves it.”

In his essay in the same catalogue, Anthony Haden-Guest writes, "Artists make the work they make for a number of reasons and the two prime drives that have propelled Peter Hutchinson throughout his career, in my opinion, have been a desire to make beauty and a (strongly related) passion for curiosity about the world of nature." For example, Natural History is a box construction in which stones, moss-covered branches, and industrial readymades are arranged on three shelves. Although the work’s title and appearance evoke a methodically curated selection of specimens, Hutchinson deems the stones and rocks “unremarkable” and recalls that the readymades were purchased in bulk from a discount manufacturing outlet store in SoHo in the sixties. Only when considered in light of Hutchinson's "two prime drives" does the purpose of these objects' arrangement become apparent.

Throughout Hutchinson’s entire practice, spanning more than 60 years and encompassing a broad range of styles, he has consistently taken on the challenge of making the complex seem simple, while pushing his materials to their conceptual limits. As he claimed in a 1967 interview for the Archives of American Art at the Smithsonian Institute, “I tend to do very little work and a lot of thinking.” To many, Peter is the grandfather of narrative art. Richard Prince, for example, cites Peter as the single most important influence on his own work. His legacy is undeniably intertwined with what we see today as well as one of the most provocative and trying eras of art history.

Please join us at the opening reception for the artist on Saturday, January 23rd from 7 to 10 PM. Refreshments will be served. For more information or to order his retrospective catalogue The Logic of Mountains, please contact Nick Lawrence at nick@freightandvolume.com. 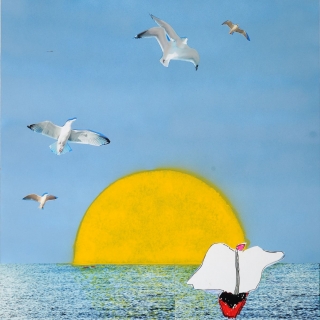